Gourmet break in this ancient village

Bessan has a rich, archaeological history. The settle of Monédière, to the south of the current village, was occupied during the 7th century BCE and marks the original site of Bessan village. At the time of the Roman conquest, the inhabitants abandoned the site to settle in villae, located at the centre of large agricultural estates. At the end of the Ancient Era, they amassed on one site, giving rise to the village, as we know it today.

During the Middle Ages, the village moved slightly to the North, forming a fortified camp. It was surrounded by walls, ditches and a drawbridge.

Stop off in Bessan’s historic centre and learn about its rich past. You’ll find a wealth of 18th century town houses and Saint-Pierre church, first mentioned in 1070, which has retained its 12th century Roman apse and 17th century altarpiece.

Proud of the reputation of its rose wine

The wine business has been in existence since ancient times, with the Etruscans and Greeks from Phocaea trading amphoras of wine or oil in exchange for metals from the hinterlands.

This village is deeply attached to its terroir and traditions. You’ll enjoy exploring some of the highly decorated winegrowers’ houses, to be found along the main road. They reflect the prosperity of the wine business during the 19th century.

Stop off at the “Rosé de Bessan” wine cooperative and taste Bessan’s famous rosé wine with its unique fruity aroma. Events are held here throughout the year!

There’s also another tradition dear to the hearts of Bessan’s residents: their donkey! This animal, which has become the symbol of the village, features in two legends. It plays the starring role in the local Saint-Laurent festival (held on the Sunday that falls nearest the 10th August) where it’s paraded in the streets to cheers from the crowd, and is blessed by the priest.

These three specialities, which are promoted by the Brotherhood of “Rosé et de la Croustade de Bessan” (Bessan Rosé and Croustade) will certainly excite your taste buds.

First of all, the rosé… The story goes that a certain Madame Jacomel de Cauvigny, who had a vineyard in Bessan, had the idea of making wine from just the juice. The family responsible for the original Bessan Rosé was inspired to develop other product types under the name “Vin de pays de Bessan” including its flagship product: its inimitable rosé.

The “rosé” family has expanded with the arrival of “Le Bessanais,” a crisp rosé with added blackberry syrup which is perfect for summer.

To accompany this delicious nectar, what better than some croustade? This layered pastry cake, packed with apples, raisins or a famous mix of nuts has been THE village speciality since 19th century. A visit to a Bessan bakery to try some of these tasty treats is a must – and this time you can really indulge! 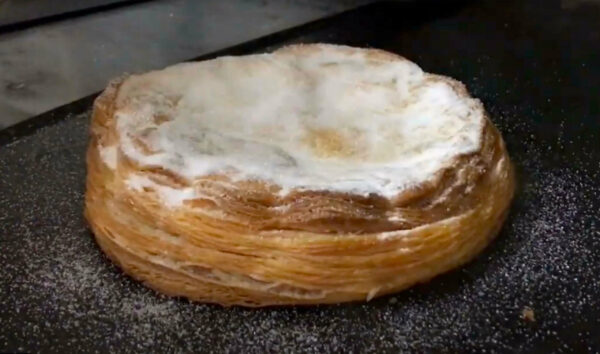 A land of multiple flavours

The other Bessan speciality is the olive. Mont-Ramus mill with its 40 hectare olive groves produces a variety of delicious olive products, including beauty products. Visitors to “Cueillette de Caillan” can pick sun-drenched, home-grown fruit and vegetables themselves.

How to get here? Find out more

Why come? Find out more